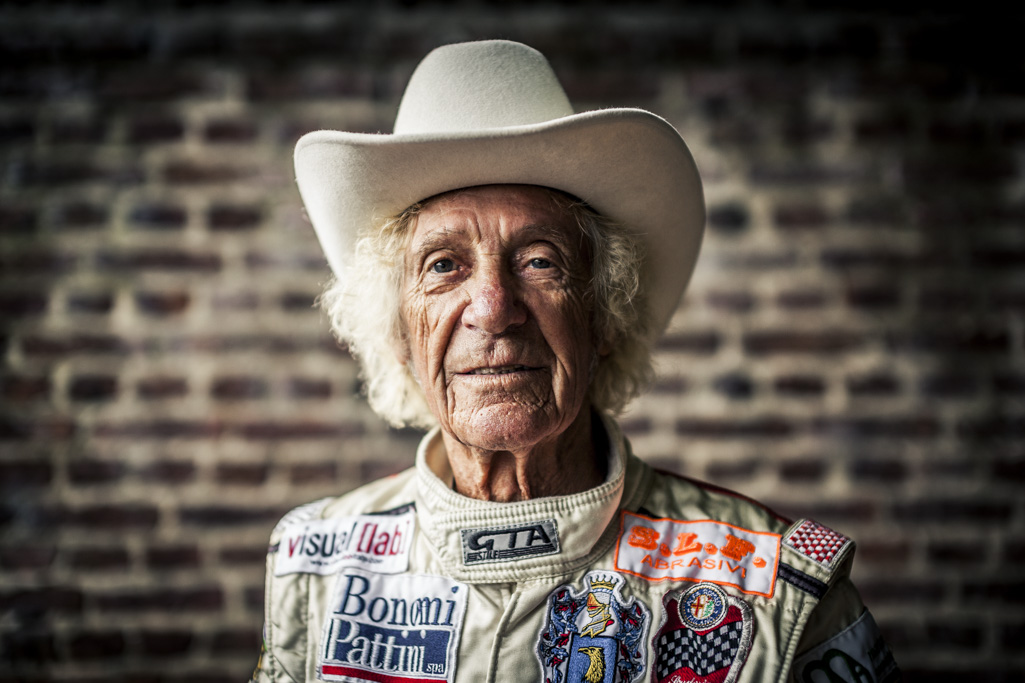 The tale of Niki Lauda’s rescuer and a Rolex Datejust

In 1976, Arturo Merzario dived into flames to free Niki Lauda from his wrecked F1 car. The rescuer was given a gold Rolex as a thank-you but has never worn it — till now. He reveals why

Besides his dyed hair and wrinkled face, Arturo Merzario, 76, still looks as he did in his Sixties-Seventies heyday: dressed in a light blue racing overall and white cowboy hat, the kind he always wore for sponsor Marlboro. The outfit is more than nostalgia; he has been racing all his life and still competes today, although his heart belongs to the classics: “Already in the mid-Seventies, Formula One became too technical for my taste.” 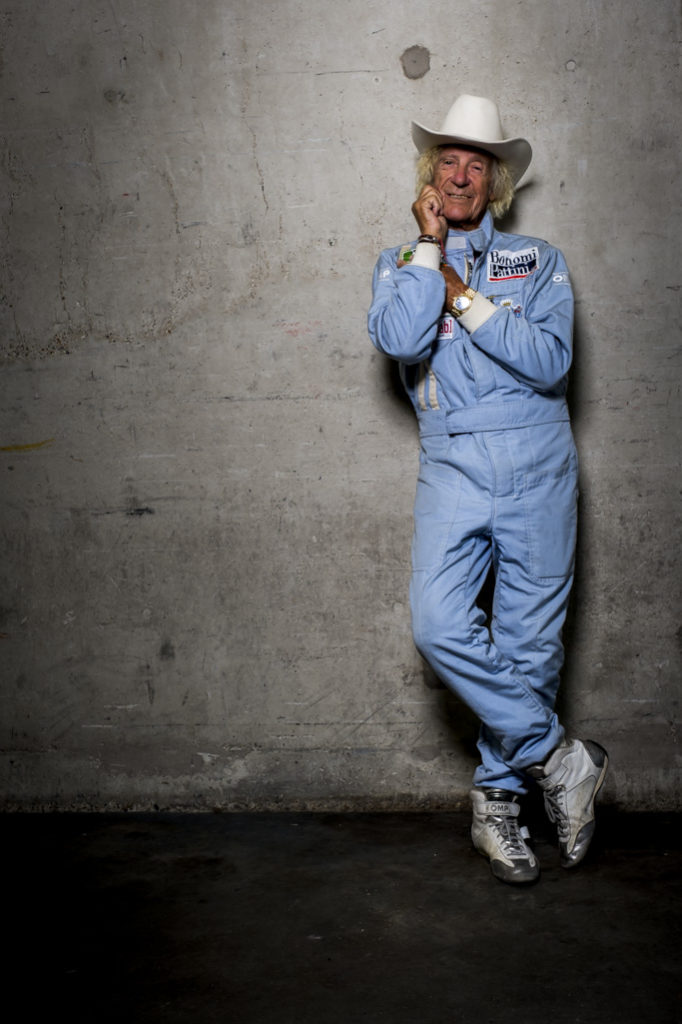 During his long career, Merzario tasted victory at the Targa Florio and the Spa 1,000km. But in 85 Grands Prix from 1972–’79 the Italian never finished higher than fourth, despite a two-year factory seat at Ferrari — not in its finest form at the time. Further stints for Williams, March and Wolf saw his results decline further, and an ill-fated attempt to race his own cars (based on March and Kauhsen chassis) in 1978 and 1979 yielded few qualifications and no race finishes.

An inauspicious record in F1 does not do justice to Merzario’s ability. Yet he stole the hearts of many fans with his outgoing appearance and character. And one single, heroic moment made him immortal: in August 1976, Merzario rescued Niki Lauda from his burning Ferrari at the Nürburgring and saved his life.

A few months later, Lauda gave his rescuer a gold Rolex, an Oyster Perpetual Datejust. A wonderful gesture you would say, yet Merzario has distinctly mixed feelings about it. He never wears the watch, but has agreed to bring it out to be photographed for the first time in 43 years. He calls out to his wife who fishes the Rolex from her handbag and gives it to us. A very special moment: this timepiece has not seen daylight for decades, and it represents one of the most heroic moments in motorsport history. It also tells a different side of that story, one of great disappointment. 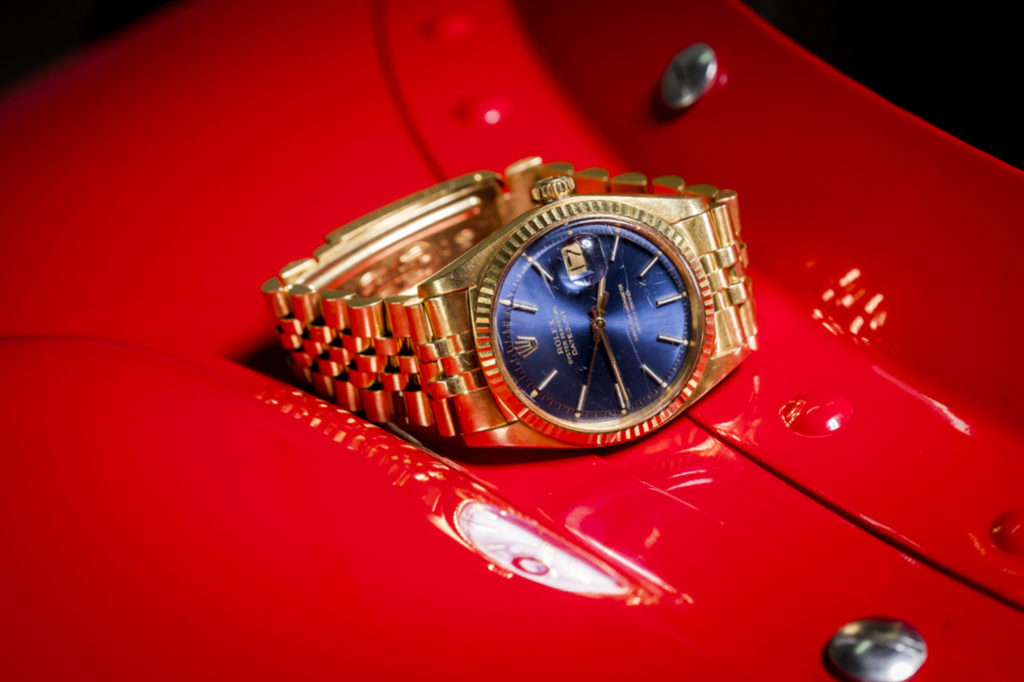 First we go back to 1 August, 1976. The Großer Preis von Deutschland is about to start at the Nürburgring, the 14.2-mile “Green Hell” in the hills of the Eifel. These are the killer years in Formula One, an era when death is always near. Piers Courage, Jochen Rindt, Jo Siffert, Roger Williamson, François Cevert, Peter Revson and more: the list of fatalities is long. Reigning world champion Niki Lauda and title rival James Hunt share the first starting row. Lauda has won five of the first nine races against Hunt’s two, and thus has a comfortable points lead. Yet he is nervous. In the days before the race, the Ferrari ace has made no secret of the fact he considers the Nürburgring no longer suitable for F1; indeed it had already been agreed by the sport’s top brass that 1976 would be its final year on the calendar. Due to drizzle right before the start, everybody is on wet tires, but the rain turns out to be nothing. After the first lap, all cars rush into the pit lane to switch to slicks. Lauda loses a lot of positions after his stop and immediately tries to make them up.

At Bergwerk, an ultra-fast passage halfway along the circuit, things go wrong. Lauda loses the rear end of his 312T2 and slams into a rock wall at 136mph. The car spins back on the track. Guy Edwards manages to avoid him but Brett Lunger and Harald Ertl collide with the flaming wreck. The three drivers leap out of their cars, but panic and don’t know what to do. Meanwhile, Arturo Merzario has also stopped. Without any hesitation he dives into the fire and manages to free Lauda.

A salient detail is Merzario and Lauda weren’t exactly friends. In fact, the egocentric Viennese drew little affection from most of his colleagues, but that didn’t play any role during the rescue. 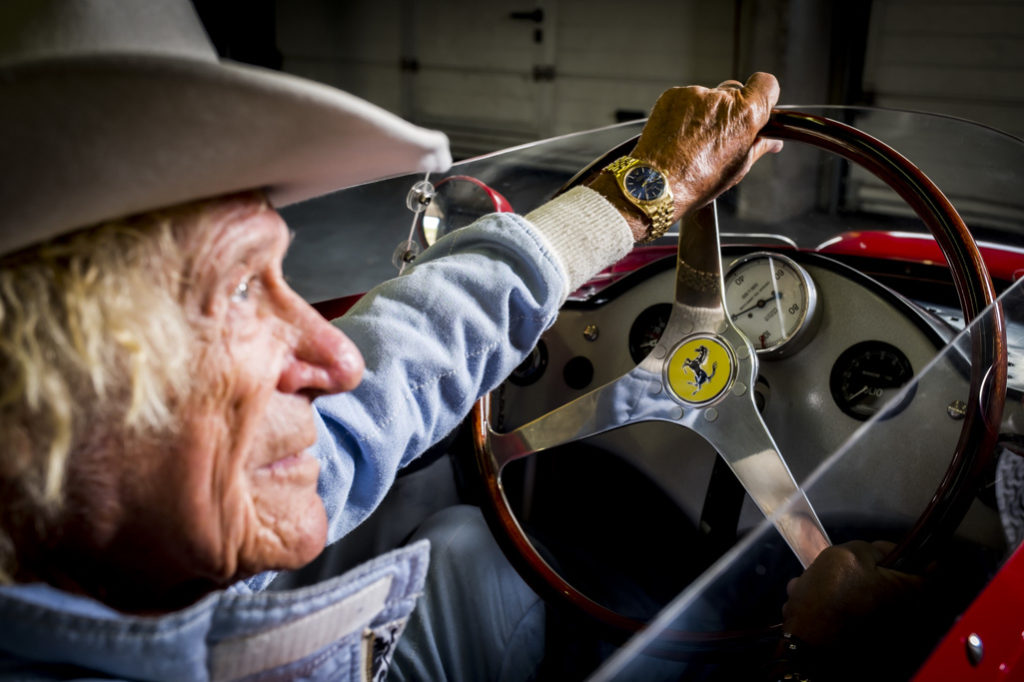 “You just do what you have to do,” says the Italian. “Niki cried out in pain and fear. Because his body was completely stressed, I did not manage to release the seat belts at first. The heat was so intense that I had to step back a few times. At the third attempt he was unconscious and I was able to unlock the buckle.” He pauses, his mind wandering off to the moment.

“I weighed only 60 kilos. It is a miracle I was able to drag Niki out of the cockpit and away from the car. I thought he was dead, then I saw he’d swallowed his tongue. In the army I’d learned how to get it out, so I did. Luckily I was still wearing my racing gloves, they offer more grip than bare hands. Then I gave him cardiac massage and mouth-to-mouth until the doctor arrived. During the crash, Niki’s helmet had been torn off, causing severe head burns. When he woke up and asked what his face looked like, I knew he’d make it.”

Having inhaled poisonous gases, Lauda fought for life for almost a week. Incredibly, he made it and 41 days later was back in his Ferrari for the Italian Grand Prix in Monza, missing only two races. It was the first time since the crash Lauda had seen his rescuer. You’d expect Lauda to be enormously grateful, but it didn’t seem the case. “He just walked past me and didn’t even say ‘thank-you’,” says Merzario, visibly still offended. 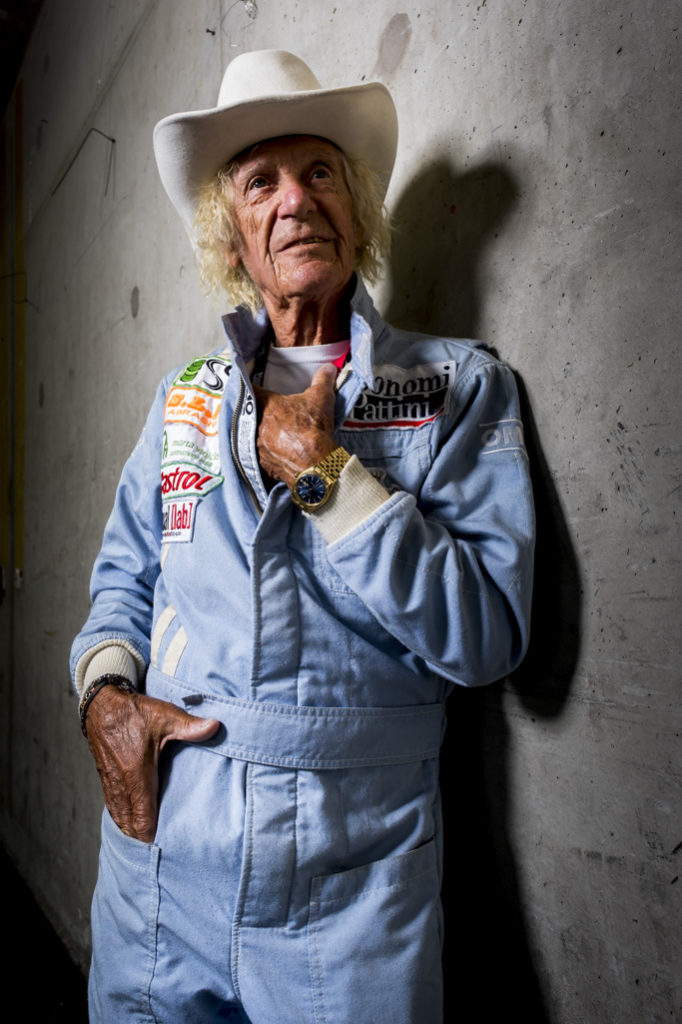 Lauda tried to make up for it a week later, when Merzario was at the Salzburgring competing in a sports car race. “He suddenly stood in front of me to give me the Rolex,” says Merzario. But his Italian pride was so hurt he did not want to accept it. Certainly not in the way it was handed to him. “Niki carelessly took the watch off his wrist. He had certainly not bought it especially for me.”

Sources report Lauda had won the watch earlier that year for his pole position in Monaco; Merzario says it was a present from his former girlfriend Mariella von Reininghaus, for winning the 1975 world title. In either case, the Rolex was probably not of great value to Lauda. Eventually, Merzario’s team boss Carlo Chiti convinced his driver to accept the gift. “After that we hardly spoke to each other for 30 years,” says Merzario.

It was Bernie Ecclestone who reunited the two at the Nürburgring, during the 2006 European Grand Prix. “Bernie lured me by asking me to drive the safety car, but what really mattered to him was a press moment at the old Nordschleife, the scene of the accident,” Merzario says. “People asked me about the crash. Everyone assumed it was due to a broken suspension or another technical defect; nobody wanted to believe the great Lauda had made a mistake. But he did. Until Adenau the track was completely dry, after that there were wet spots here and there. You could take the left kink just before Bergwerk full throttle. You had to be right on the edge of the kerbstone on the inside. There was, however, some standing water there. From a distance I saw Lauda drive through it, after which he lost his car.” 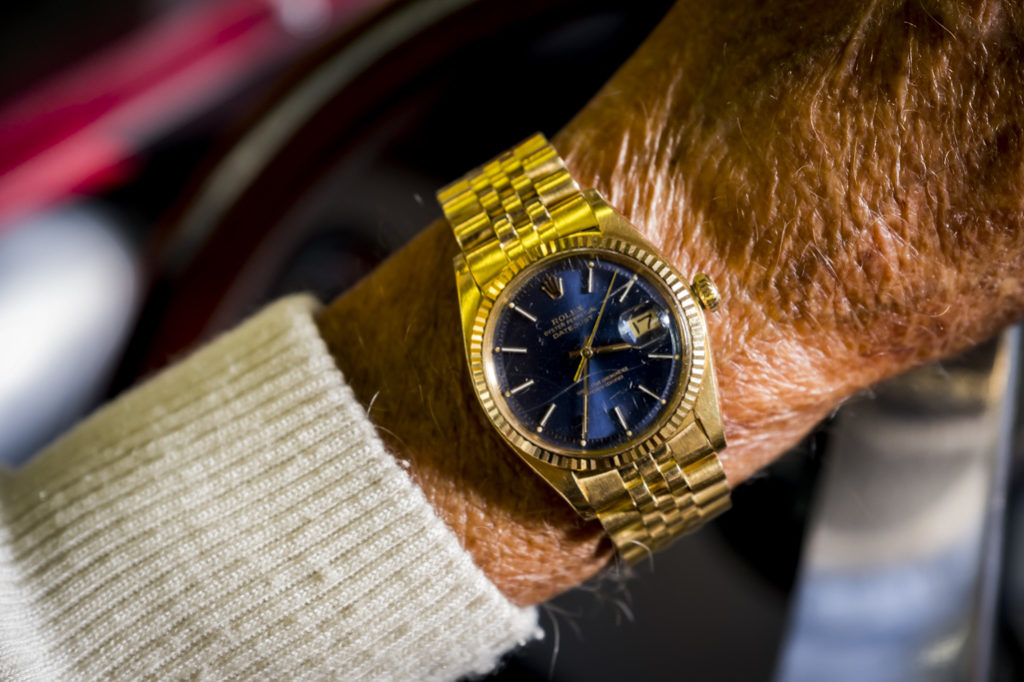 Since the press moment, Lauda and Merzario started talking again; and though not best friends, time has mellowed them. Occasionally, they meet in a paddock somewhere, pose for photos, having a laugh and a chat. One way or the other, the two are connected by a heroic rescue action, connected by an era in which everything was different.

Nevertheless Merzario has never worn the Rolex. “Never ever!”, he states with an offended face. But his disinterest may be artful; when we finish our photos he looks around nervously, “Where is my Rolex?!” Apparently the gift means more than he wants to admit. I return the watch to him, after which it disappears back into his wife’s handbag. Back to the darkness of the safe. 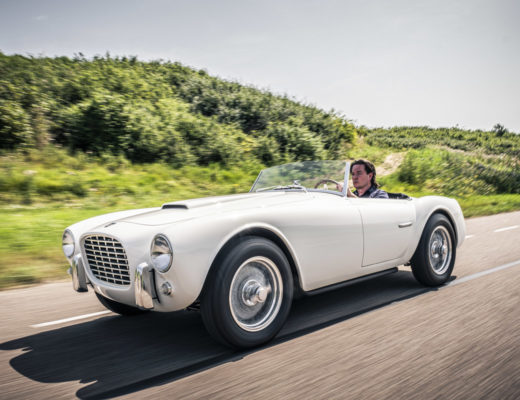 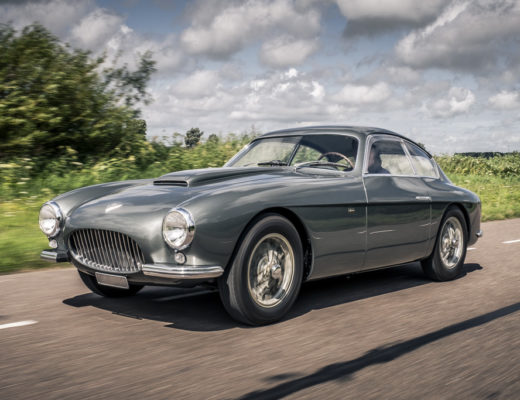 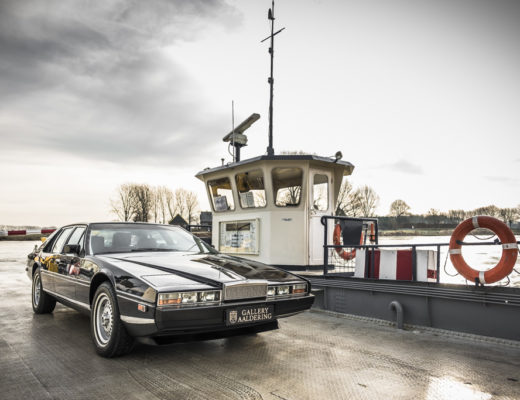